There can surely be no greater accolade to what I do as a Consumer Champion than the fact that today’s ‘Breakfast with….’ guest accepted my invitation to take part in this series. In fact I think this could quite well be my biggest and best scoop yet! Please welcome Chris Choi, Consumer Editor at ITV News. 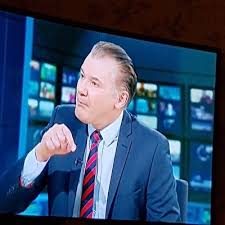 I started by asking Chris Choi about his work as Consumer Editor at ITV News and why he does it. Quite simply, ‘It’s the best job in the world- holding companies and public bodies accountable on behalf of the consumer.’ I’ll second that as I spend most of my time challenging companies which deliver the worst customer service and am proud to help people to understand their consumer rights and achieve appropriate redress for poor experiences.

Chris’ first job was ‘A self-employed car washing business, but only had my granddad and stepdad as customers. First job as an employee was behind the till of a petrol station when I was 16. I discovered the customer isn’t always right!’ I couldn’t agree more. In fact it’s frequently the opposite.

In contrast, the worst job Chris ever had was that he ‘Foolishly signed up to do a BBC TV show that took me away from home, made me unhappy and was a complete flop.’ Again I can really relate to this as I have recently made adjustments to my own working life so that I can spend quality time at home with His Lordship and my beautiful privilegedpup.

As for the best and worst parts of his current job, Chris says it is ‘Meeting people from such a wide spectrum. Government ministers are often enlightening, but more often I get insights from consumers and service users. Many have important untold stories.’ I love meeting people too and am always interested to hear the tales they have to tell particularly if it’s something consumer related that I can get my teeth into on the blog.

Understandably Chris quite rightly wasn’t able to comment on the good or bad service of any particular company. As an independent consumer journalist, Chris ‘Would never endorse an individual company publicly. Nor would I criticise one without giving them a fair right of reply.’ However his biggest customer service gripe is ‘An “easy to iron shirt” – in my experience always a lie.’ I have to agree. There is no such thing.

The most interesting story Chris ever worked on was his ‘First big investigation for BBC TV which concerned a cemetery owner making money by digging up old graves to re-sell the space. I worked on it with Esther Rantzen who taught me how to report human stories in a human way.’ For this reason, Chris regards Esther as his inspiration. My word for this year continues to be inspired and no wonder when all the interviews I’ve done have been fabulous like this one.

In five years time Chris sees himself ‘Getting my stories across to the public in a wider range of formats – for example I am considering stand-up comedy.’ I wouldn’t have had Chris down as a comedian but will certainly look forward to getting front row seats at his first gig as this sounds like it could be really interesting! Maybe he’s pulling my Lady Janey leg.

Last but not least, Chris’ choice of breakfast is ‘Granola – but any health benefits are neutralised by the sheer quantity I eat. My favourite breakfast companion is Radio 4, great conversation that requires no effort from my side.’ Hmm, wonder if he’d let me join him? I’m sure I could eat breakfast quietly. Well, maybe and maybe not. 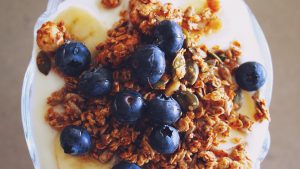 Many thanks to Chris Choi for joining me for breakfast. It’ll undoubtedly take a lot to top this interview! You can follow Chris on Twitter and of course keep an eye out for him on ITV. 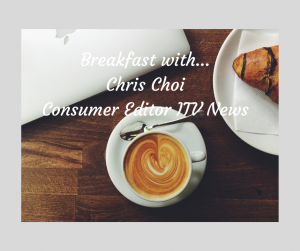