Guest Post: Thomas Cook- what went wrong and how to get help

It was devastating to hear the news this morning that Thomas Cook has gone in to administration with the loss of over 9,000 jobs in the UK less than 100 days before Christmas. With thoughts firmly with all those affected, The Grumpy Git Scott Dixon has taken a look at what went wrong for the world’s oldest and best known travel company and how to get help if you need it. 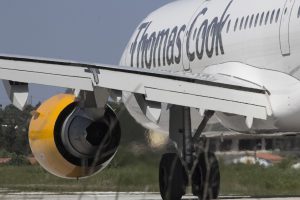 Thomas Cook was founded by a former cabinetmaker of the same name from Derbyshire in 1841. He was a strict Baptist and became a missionary, which led to his first local paid excursion taking about 500 people by train 11 miles away to a teetotal rally. His excursions around the UK gathered pace and led to his first European tour in 1855 with a round-trip from Harwich to Belgium, Germany and France. This trip included travel, accommodation and food and the era of the package holiday began with its first shop opening in London on Fleet Street in 1865.

Thomas Cook was the pioneer of package holidays and became the ‘go to’ holiday firm for everyone for many years. Unfortunately the advent of budget airlines and the Internet in the 1990s opened up a myriad of alternative options and without the financial resilience needed to deal with the competition or the ability to adapt accordingly, has ultimately led to the demise of the firm.

So, what went wrong?

Recently I spoke about the importance of great Customer Service and Customer Experience earlier with Lady Janey in this guest post and how Lookers Nissan and Jet2 set the bar in this sphere. At that point, I compared Jet2 to Thomas Cook when it was mooted that they were in financial trouble and stated that any firm that doesn’t offer only the best customer service will struggle to survive.

When I wrote the blog post, I didn’t think that they would last 6 months and whilst it’s something, which was correctly predicted, it’s still a very sad day for a company that has such a fascinating history and legacy.

I personally recall booking holidays with Thomas Cook in the early 1990s and the overall experience was so good, I actually took the time to write to the branch on Northumberland Street in Newcastle to say so and received a thank you letter in return acknowledging that.

Fast forward to a holiday in Zante in May on a boat trip and a family shared a horror story with me whereby their 2-year-old girl had been electrocuted by putting her fingers in a plug socket. Thomas Cook reportedly offered no sympathy or support to the family and that led me to write this blog post when I returned.

It was then that I realised that Thomas Cook was not noted for excellent service and was in financial difficulty, whereas Jet2 are renowned for their award-winning customer service and experience and are expanding their operations. How can Jet2 get it right and Thomas Cook get it so wrong? They are both operating in the same sphere, offer the same products yet one is thriving and the other has gone in to administration after a decade of struggling.

Comments on social media echo what I have said insofar that nobody is surprised at the outcome given the volume of complaints and compensation claims, with a lack of support or customer care when it is needed. Since its collapse, there is a massive backlog of complaints which will never now be dealt with. Others are gobsmacked that the CEO has taken £8m in a salary over the past 5 years with no accountability whatsoever, whilst others are asking how a firm can accrue over £1.6bn of debt when customers have to pay for their holiday 8 weeks in advance.

Thousands of lives have been ruined overnight through what appears to be sheer greed, ineffective leadership and poor management decisions, yet it’s likely that nobody will be held accountable for it.

Many questions will remain unanswered but some things will never change. As usual, those paying the highest and unfairest price are not the ones at the top of the tree or who are even a part of it but have nevertheless come out the worst from the fall. 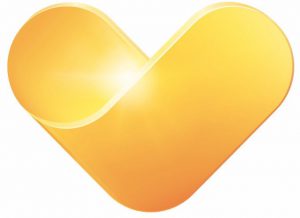 How to get help

Many thanks to Scott for sharing his thoughts about the collapse of Thomas Cook. If you are a passenger who has been affected then please refer to this dedicated CAA Thomas Cook website where you’ll find all the information you need about getting home and claiming refunds.

Our heartfelt sympathies at this very difficult time are with all those who have suffered the loss of their jobs. Help for people worried about getting their pay or redundancy money can be found via the The Insolvency Service. Further advice as to how to deal with debts and redundancy is available via this blog by Debt Camel.

Please note that this is a guest post. Views and opinions are not necessarily my own.