Which? has released its annual customer survey of best and worst brands in 2019 with Ryanair ranked as the worst of all with nearly 4,000 customers surveyed. Here’s what one of the top 5 Consumer Champions in the UK, The Grumpy Git Scott Dixon, had to say about the reasons why Customer Service with Ryanair is ranked so low. 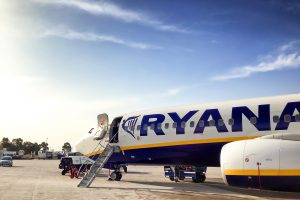 First Direct has topped the charts once again and is closely followed by Lakeland, Marks and Spencer, Waitrose and Waterstones. They all scored 85% or more with customers noting that it’s the human touch that sets First Direct apart. The common theme across the board was customers saying how valued companies made them feel, staff that were friendly, helpful and clued up and how well complaints were resolved.

The same old familiar names propped the table up with Virgin Media, TalkTalk, BT, Scottish Power and Ryanair scoring the lowest in that order. Customers generally spoke about how badly their complaints were handled, an arrogant culture, not feeling valued and Ryanair in particular was slated for being ‘greedy’ and ‘sneaky’ with its terms and conditions.

Ryanair’s CEO Michael O’Leary has made no secret about his contempt for customers and his cavalier attitude to pilot strikes and compensation rights. Half of all customers surveyed gave Ryanair the lowest possible rating for how well they handle complaints.

I spoke recently about the decline of British Airways here and I believe that it’s only a matter of time before time is called on Ryanair. Ryanair are in the news year in, year out for pilot strikes across Europe and consumer complaints. Customers now know that it’s a gamble when they book their flights given the level of discontent that prevails with the pilots, who the airline relies on yet clearly do not feel valued or appreciated by their employer. 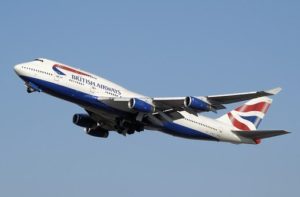 There is an upward trend of people saying when they are making holiday bookings that they will fly with any airline apart from Ryanair. Everyone has known for years what they let themselves in for, with the only saving grace being that the flights were usually the cheapest option and you were pretty much guaranteed to get to your destination on time.

Once faith and trust is lost in a brand, it’s difficult to turn that around and customers are becoming increasingly savvy about their consumer rights and how to assert them. You can’t continually treat your customers with contempt and expect loyalty in return, and Ryanair have had it too good for too long.

Consumers are prepared to pay a premium for a quality service that they know can be relied on, and my comparison between Jet2 and Thomas Cook in my BA post is striking.

I have said in the past that if you pay less, you get less. However, there are exceptions to this and Aldi scored better than Lidl in supermarket comparisons and their prices are far lower than their mainstream competitors.

Consumers know that things can and do go wrong, although it’s how their complaints are handled (often badly) that rankles them the most. Ryanair and complaints go hand in hand and everyone knows of someone who has had a bad experience with them. Personally, I would never fly with Ryanair because of their reputation and I am clearly not alone. In an era where everything is much the same, the Customer Service and Experience is what sets a firm apart and Ryanair lead the pack for all the wrong reasons.

Ryanair needs to invest in its staff and customer service, treat their employees well and make them feel valued and proud to be a part of his company and be transparent and fair with its customers. Create a frictionless experience and you will get repeat custom, loyalty, increased sales and profits.

There are lessons to be learnt here, although I doubt Michael O’Leary will listen or take any notice of this survey or any feedback given. In fact, it has been reported that he has refused to comment and that arrogant and complacent attitude will be his downfall. 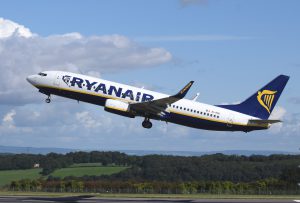 Thanks to Scott for sharing his views in this guest post. I’d love to hear your thoughts in the comments.

Scott hosts a consumer blog GrumpyGit  which he uses as a platform to convey his advice on various consumer and motoring issues. The aim of this is to empower consumers to hold unscrupulous firms and individuals to account, raise awareness of consumer rights, seek redress and improve customer service and standards for everyone.

Equally, he gives praise and compliments where it’s due via platforms such as TripAdvisor because it’s only fair that firms who do get things right should be recognised and used as a benchmark for the majority of companies that don’t. You can find Scott on Twitter, Facebook and Instagram.