Theatre Tours at The Everyman Theatre – A Lady Janey Review

As a life long lover of the theatre, both on and off stage, I was really excited last week to have the opportunity to visit The Everyman Theatre Cheltenham with fellow blogger @BreadmakerDani and learn all about its history during a fascinating backstage tour. 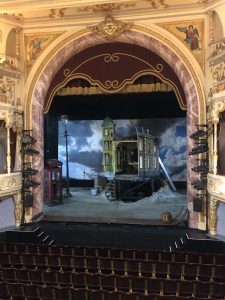 The Everyman Theatre is the oldest working Matcham theatre. It was designed by Frank Matcham and its opening in 1891 began with a performance by Lily Langtry in Lady Clancarty. In its early days, the theatre was said to seat 1500 on benched seating which must have been quite a squeeze. Nowadays the main theatre seats a much more comfortable 682 and the more intimate Irving Studio Theatre can seat up to 60. 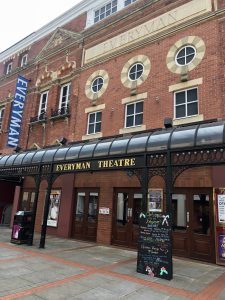 In the very capable hands of tour guide Joe, we embarked on a compelling theatrical journey through the decades taking us from the very first performance in 1891 right up to the present day covering the intricacies of the Rococo style, its change of use during the 1927 advent of cinema, the development into a Garrison theatre during World War II and the refurbishments which took place in 1893, 1983 and 2011. Joe was an absolute pleasure to listen to- engaging, knowledgeable, interesting, personable, honest and funny – and his passion for the theatre was evident in his every breath. 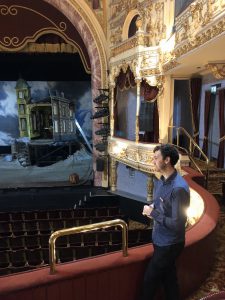 Joe regaled us with tales of how the class system in 1891 defined seating and access to the theatre. To get to the ‘posh seats’, you entered via a grand sweeping staircase and entrance to the upper circle and balcony for those who were poorer was via a separate more menial entrance. A visit to the theatre was very expensive with just one seat in the circle costing the equivalent of a teacher’s weekly wage with the box seats being the most expensive of all. This may seem quote odd when these seats do not provide the best view of the theatre but as Joe explained, back in 1891 the people who sat in these seats came to be seen rather than to see what was going on. Where you sat was really important for your station in society. It didn’t really matter if you actually watched anything or not! 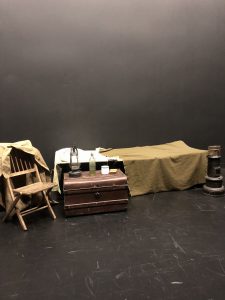 Thankfully times have changed and nowadays The Everyman Theatre is a theatre for all and continues to delight theatregoers on a daily basis. There are some absolutely fabulous shows coming up in the autumn season. You can check them out by clicking on this link and more information on the tours by clicking here. There’s also a couple of lovely productions coming up in The Irving Studio Theatre starting with Jane Eyre next week so it’s definitely worth checking out what’s on! 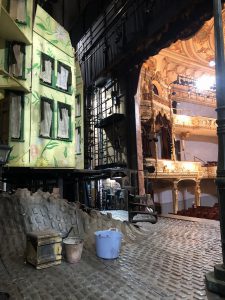 The complete tour at The Everyman Theatre also takes you backstage, into the costume room, on to the wings, up and above the stage and there’s even a sneaky peek into the main stars’ dressing rooms. Sadly Gary Lucy and The Full Monty cast have now moved on but I was very happy just walking in their footsteps instead. Maybe next time? 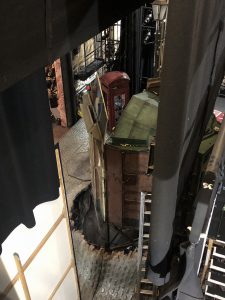 I couldn’t wait to get on that stage but due to the complexity of the set of SOLD OUT production of The Inspector Calls, it wasn’t possible to get to the front but peering out from behind the curtains was still very exciting. This was hands down one of the best tours I have ever been on and I’ll definitely be back soon for another chance to take centre stage! 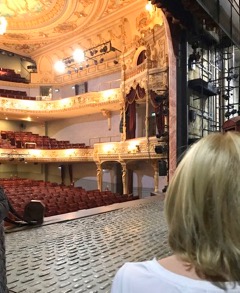 Thank you to The Everyman Theatre for inviting me to experience the Theatre Tour. All views and opinions are my own.