National Apple Day is an event, which traditionally promotes environmental awareness whilst celebrating the autumn season. This year Dunkertons Cider in Cheltenham decided to mark the occasion by offering not just one but three fabulous Apple Day Tours. His Lordship is a big cider fan so the invitation to join the Dunkertons team for a National Apple Day Tour and Tasting was just too good to miss. 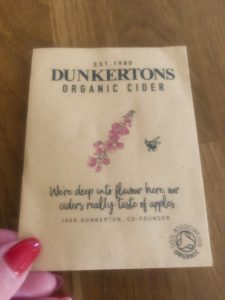 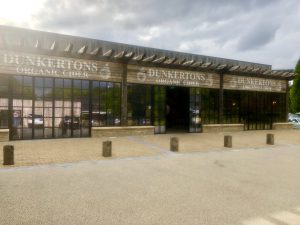 The annual harvesting takes place from September to December with precise timing, testing, fermentation and maturation being essential for the production of a superior, premium quality product. All ciders are hand blended and then matured for over 12 months in order to deliver the distinctive flavours for which Dunkertons has become renowned. As founder Ivor once said, ”We are deep into our flavours here.”

The Cidery Tour at Dunkertons Cider

On arrival, the cider tap was flowing in true Dunkertons style with a refreshing welcome drink of Craft Organic Medium Cider along with top ups of empty glasses before the start of the tour.

First to be covered by Retail Manager Alan was the history of Dunkertons and in particular, the journey of discovery by founders Ivor and Susie Dunkerton whose decision to produce cider organically was driven by their love for nature and desire to look after the countryside and work in harmony with nature. As Alan explained, ‘Here we let nature take its course.’ 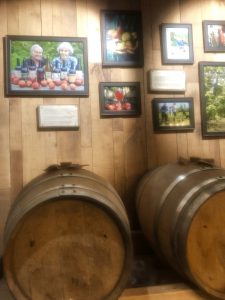 We then moved on to view the pressing of the cider apples before getting the first taste of crisp, unpasteurised raw cider from the Foxwhelp single variety apple. With 237 Vats, the cidery is an impressive sight. Blending is going on all the time with sometimes up to 20 different fruit varieties being used in the cider making to create the vivacious and complex flavours of each and every cider. 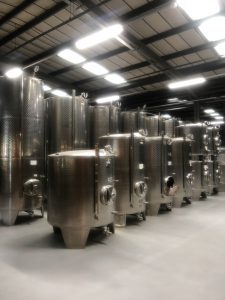 On the tour, there was also the opportunity to sample an ‘unfinished blend’ and even the naturally fermented Chisel Jersey cider, which was something that wouldn’t usually have been possible but it had just been drawn down. 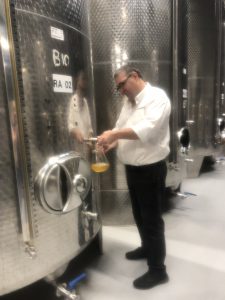 After the tour, we returned to the tasting area to experience the cider and cheese tasting and pairing. The cheeses were teamed perfectly with rosemary and thyme crackers and local apple chutney. Our host Alan was funny, engaging, extremely knowledgeable and passionate about the production of what can only be described as exceptional cider and perry.

This was followed by a moreish Wyfe of Bath semi-hard cheese, ‘a taste of Old Merry England’, with a lively Black Fox Organic Cider.

Then we were offered a blue creamy veined Brie (suitable for vegetarians) or a pure Bath Blue with a special Vintage Organic Cider. 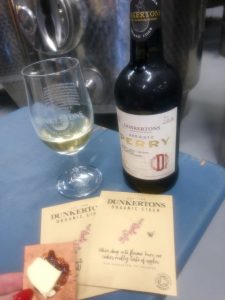 The final tasting was a choice of a 14% dessert cider made with cider apples or Alan’s personal favourite, a lightly sparkling medium Brown’s Organic Cider.

Decisions, decisions! Which would you choose as your favourite? 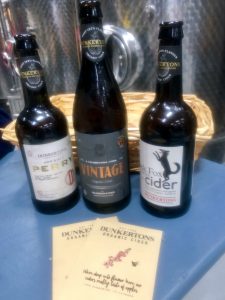 A cider tour and tasting at Dunkertons Cider is far more than just the opportunity to find out about the cider and try some of the different blends. It’s an experience within itself and at just £20.00 per head with most products in the bespoke shop being ‘just £4.99,’ it’s more than worth every single sip. 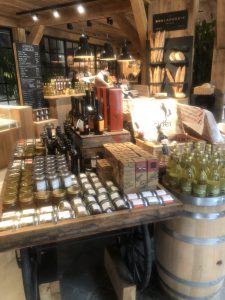 Thank you to Dunkertons Cider for inviting His Lordship and I to review the Apple Day Tour and Tasting. All views and opinions are my own. I only ever feature the best of the best on the Lady Janey blog.