Here’s a question for you: Leadership and Management, what’s the difference? Is there one? Does it matter? Yes there is and yes it does. Let’s take British Airways as a classic example. Here there is some element of management, both ineffective and otherwise but there is no real leadership and a perfect symptom of poor leadership is a strike. 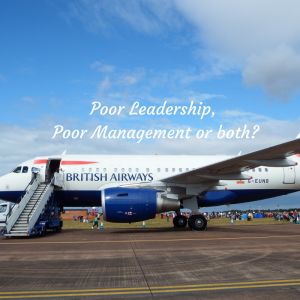 Tom Powdrill, Head of Stakeholder Relations at Shareholder Advisor Pirc says quite rightly that, “Whenever you get to the point where workers go on strike then something has gone wrong….by definition a strike is a management failure”. However, a good leader will appoint effective managers and if they don’t, then he or she is a poor leader and managers are therefore ineffective.

Let’s firstly take a look at the definition of leadership, which is ‘the action of leading an organisation or a group of people to accomplish a common objective’. A Ted Talk by Management Theorist Simon Sinek in 2014 looks specifically at how good leaders keep you safe and he states that, “Leadership is a choice not a rank.” You can’t just demand people follow you as trust and respect need to be earned. Qualities of good leaders are that they are motivational, honest, dedicated, selfless and inspiring. A good leader is one who always looks three steps ahead and puts other people before themselves.

Alex Cruz possesses none of these qualities. Instead he demonstrates typical qualities of bad leaders; failure to recognise and appreciate hard work or achievements, failure to encourage the development of employees’ skills, a blatant disregard for the wellbeing of employees, a poor listener, overworks employees, puts their own interests first and does not honour promises. There is a crucial difference between listening and hearing, and the ability to recognise that is fundamental to being a good leader. 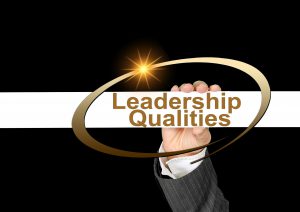 Another particularly interesting quote in this respect comes from John C Maxwell who says, “A good leader is one who takes a little more than his share of the blame and a little less than his share of the credit”. Again, not something which would spring to mind when you think of Alex Cruz and the current state of play in British Airways. This is demonstrated beautifully in the internal profit warning email received today which takes absolutely ZERO responsibility for any losses incurred by the airline due to his own poor leadership. Instead Mr. Cruz lays ALL the blame on the strike action of the BA pilots and neglects to even mention the costs of data breaches and IT outages which BY FAR outweigh the costs of the strikes.

“Nevertheless, we must acknowledge a very eventful summer with a wide range of challenges including the industrial action by Heathrow Airport employees and the unrest in Hong Kong. But the most significant event has been BALPA’s industrial action which prevented us flying thousands of our customers on and around the strike dates, the cost of which is highlighted in IAG’s announcement today. Put together, these events have impacted negatively on our commercial performance and, most importantly, on our customers’ trust in us.”

It is beyond belief that Alex Cruz will still not stand up and take even an ounce of responsibility for the car crash of an operation the airline has become. What’s the point of being a leader if you’re not prepared to act like one?

“Good leaders are followed; bad leaders are obeyed”. Which category do you think Mr. Cruz falls into? To be an effective leader, people need to choose to follow you and for this to happen; they need to be inspired to do so. I see nothing remotely inspirational in how British Airways has operated of late. The changes, which have taken place, have rendered it nothing more than a new low-cost airline coated in just a touch of glitter. 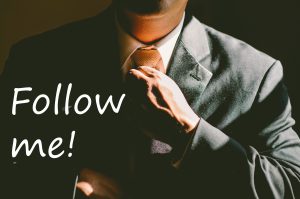 British Airways is currently counting the costs of a dispute with the recent pilots’ strike reportedly grounding 1700 flights and wiping around £80 million off the profits of the UK’s largest airline. This is in addition to data leaks affecting more than 550,000 passengers, an IT meltdown affecting 58 million and abysmal customer service experienced by passengers as a result of all of the above.

Consequently, British Airways now finds itself ranked as the 55th favourite airline so nowhere near the ‘World’s Favourite’ accolade of its glory days. Without question, this is down to poor leadership as the poor leader has appointed poor managers. The strike should serve not just as a wake-up call for British Airways, but one for all companies that you cannot treat people in this way for this amount of time without consequences. 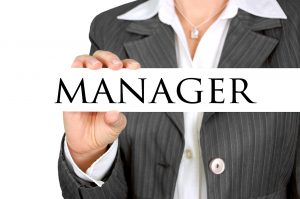 What Alex Cruz fails to comprehend is that in order to be a good leader, you have to understand and care about people. It’s not about taking care of services, resources or products – that’s the role of a manager. In contrast to leadership, which is the act of inspiring people to follow you in the achievement of a common goal, management is the process of dealing with or controlling things or people. Ironically, the archaic meaning of ‘management’ is trickery and deceit, which is exactly how British Airways flight crew feel about the way they have been treated. People will tolerate most things as long as it is perceived to be fair and balanced but once it ceases to be so, they will inevitably fight back.

In-house staff satisfaction surveys last year revealed that only 56% of BA employees were proud to work for the airline, just a quarter said that they felt appreciated and less than half said they would speak positively of products and services. Imagine if this survey was taken now?

Maybe Alex Cruz would be better off taking a leaf out of Richard Branson’s book and start believing that, “Clients do not come first. Employees come first. If you take care of your employees, they will take care of the clients”. This is a thought echoed by Bill Alexander, CEO of Red Letter Days for Business who says, “My advice would be, look after your staff and they’ll look after everything else”. Unfortunately this is also not a mantra that Alex Cruz appears to be familiar with or have any interest in. It perhaps speaks volumes that British Airways allocates names to computer systems and numbers to its people. 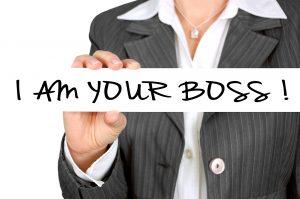 The inspiration for this article has been taken from an essay written by a 12th Grade student via the Ford Library Museum whereby the author quotes the wise words of E M Kelly, “Remember the difference between a boss and a leader. A boss says ‘Go,’ a leader says ‘let’s go!’ He goes on to express his agreement with John Quincy Adams in that “If your actions begin to dream more, learn more, do more and become more, you are a leader”. If they don’t Mr. Cruz, then you are clearly not – so is it not time for you to go and take your equally ineffective managers with you?