Breakfast with Katie Morley Consumer Champion at the Daily Telegraph

Once again I’ve found myself thinking just how amazing this series is! Why I hear you ask? Because today’s fabulous guest is yet another leading Consumer Champion and an absolute inspiration in all that she does to achieve redress and refunds for people who have been on the receiving end of shockingly bad Customer Service. Please welcome Katie Morley, Consumer Champion at the Daily Telegraph. 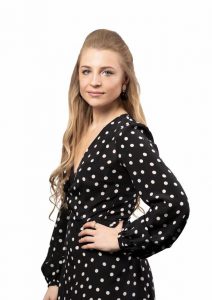 Katie Morley is the Telegraph’s Consumer Champion, which means she provides ‘An agony aunt service to people who’ve been treated badly by companies.’ The Katie Morley Investigates column has dealt with ‘A wide range of issues from fraud, insurance that won’t pay, and mortgage troubles, through to holidays from hell, faulty goods and rogue landlords.’

Katie says that she was offered the job after being the Telegraph’s consumer affairs editor for three years so she has plenty of experience under her belt. Knowledge is power when it comes to dealing with the cases Katie deals with in her column. Just like me, company fobs off just aren’t going to wash with Katie.

Katie says she was primary school age when she first wanted to get out in the world of work. Her dad worked in a shoe shop and she was ‘Desperate to be a Saturday girl, but I was too young. At 13 I got a job in a pub earning £3 an hour. I found out the landlady was paying me out of my own tips, so that didn’t last long. I went to work in another pub across the road, where the boss was lovely. I worked there till I was 18.’ As for the worst job she ever had, Katie once did ‘Unpaid work experience at a website and when I asked for travel expenses, the boss shouted and called me ungrateful. I left after one day.’ No wonder Katie, how rude!

Katie says that the best thing about her current job is when she contacts people to tell them they are getting their money back. It’s a great feeling knowing you’re making a tangible difference to someone. She says ‘It can be challenging though getting involved in cases involving difficult issues like death, suicide, abuse, and illness. But it’s rewarding to make a difference to people who really need help.’ She also hates it when she’s not able to ‘fix an injustice, which is hurting someone.’ This is a sentiment I can echo as there’s nothing I love more than when I’ve helped someone achieve redress for poor service and it’s always such a shame if it’s an issue which cannot be resolved. 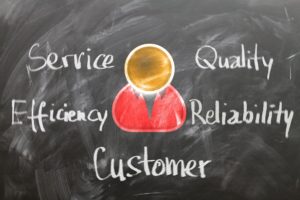 Katie and I chatted about the importance of good customer service. She believes that ‘Customers remember the way companies treat them in their most difficult moments. Feelings get amplified. Be kind, and they’ll associate your brand with being trustworthy and solid. Be mean, and they’ll probably leave for good and tell all their friends how outraged they are. It’s how they deal with problems that really counts.’ Exactly Katie, some issues are exasperated by the WAY the company has dealt with them rather than the issues themselves.

Katie’s biggest customer service gripe is ‘Being passed from one person to another, to another, to another. And none of them talking to each other. It’s a waste of the company’s time and mine.’ I couldn’t agree more Katie and what is also irritating is that some companies are making it increasingly difficult to contact them should there be an issue. 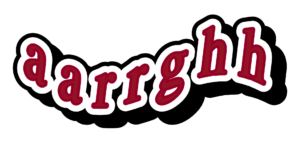 Katie has worked on a number of fascinating cases and says it’s hard to pick out any one in particular as ‘There are too many to name!’ However the ‘Most rewarding was stopping a widow losing her home in November. I persisted for weeks to get her an insurance payout.’ Katie says that the ‘Most dramatic case was just before Christmas, when one of my investigations caused a couple to split up, as it emerged a reader’s boyfriend had been lying about money…’ Oooh I remember this case as Katie’s investigations resulted in a terrible deception being revealed.

In 10 years time, Katie hopes to have won back ‘£10 million for Telegraph readers!’ Judging by her success rate so far, I’ve no doubt that she will achieve this aim and I can’t wait to be one of the first to congratulate her on it! 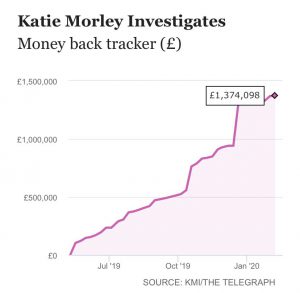 Last but by no means least, Katie’s usual breakfast is ‘whatever is put in front of her’ by her husband and although she hasn’t quite said it, I’m sure that I would be her companion of choice!

I hope you’ve enjoyed reading about the work that Katie Morley does as a Consumer Champion for the Daily Telegraph. You can read her articles via this link and also follow Katie on Twitter for regular updates on the latest cases she’s been working on. 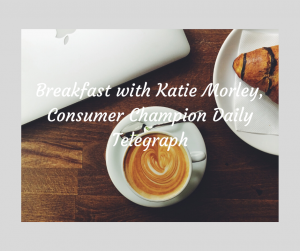