After a tiny but very much needed summer break, it’s so exciting today to be able to kick off the new season of ‘Breakfast with…..’ interviews by having the best of breakfast chats with one of my fellow UK Moneybloggers. Please welcome inspirational blogger, journalist, author and public speaker Jordon Cox, also known as Britain’s Coupon Kid who has just launched his very own deals website. 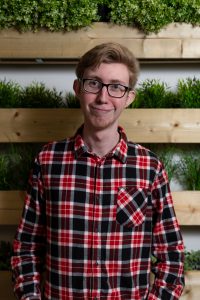 As a 15 year old boy, Jordon developed the bug for couponing after his parents split up. He says “It wasn’t the conventional hobby for someone my age (and still isn’t to this day) but I love it! Shortly after I picked up the hobby, I accomplished some huge coupon shops, which cemented the nickname. I got £105 worth of shopping for £32, a £600 shop for just 4p and got my Christmas dinner one year (including the turkey and all the trimmings for just 10p.” Wow- that’s some serious couponing! I struggle to just bumble my way through keeping on top of my Sainsburys and Boots ones.

As a result of these massive shops, Jordon says, “It was picked up by the press, and the nickname ‘Coupon Kid’ was penned by one of the national papers. It stuck – and even as a 22 year old man, I’m still a kid (which is no bad thing).” Think I have to agree on that score; being a grown up sometimes isn’t much fun. 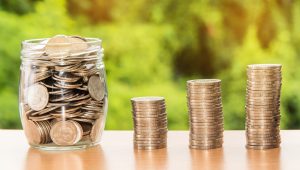 Amazingly, Jordon’s first job was a work experience placement at MoneySavingExpert. He explains that, “After one of my coupon shops went in the press – I had a lot of people tweeting the story to Martin Lewis, saying that I was his young prodigy. He must have seen this, because shortly after, I had one of his team get in contact and offer me a work experience placement. It was only for 2 weeks, but within that time I got my first taste at paid work, and was doing something that I loved.” It’s all worked out beautifully too as he was offered a full time position which is where he is right now.

As for a ‘worst job’, Jordon says “I’ve never had a bad job really. I’ve always been working on what I like doing. I’m quite lucky in a way, as a lot of my friends have now graduated university and can’t get a job in anything they are interested in with £1,000s worth of student loans looming over them. I by-passed all of that, found the job I like and have been working on it for 7 years.” Yes, this is a good point by Jordon. Bypassing all the student debt is a sad reminder of the times we live in whereby students spend a great deal of their working life paying back debts accumulated when at University. A good way to keep a track of finances and budget properly would be using a student loan calculator.

When I asked Jordon about the best parts of his current job, he said that he liked it because “It’s so varied. I work for MSE during the day, but at night and weekend, I do a lot of public speaking and working on other various projects.” Jordon went on to say that “One of my favourite things to do it get on a stage. I know some people hate it, but it’s my second home (probably thanks to my musical theatre background). Just recently I’ve starting hosting and MCing events. Most recently at the MoneySupermarket group conference in Liverpool and The Plutus Awards – an international awards show for money bloggers in Washington DC. Both of those crowds were around 1,000 people. I had the time of my life.” From what I’ve seen of Jordon in action, he is a first class public speaker. He loves his audiences and they love him.

On the downside, Jordon says there “Are too many bad parts of the job. One thing that does grind my gear at MSE is the quality checking. Being from a blogging background, I’m so used to getting things out quickly and being the first person to find a deal and tell the world about it. At MSE however, everything you write needs to go through a lot of people before it gets published. I understand why, being such a successful company – their reputation is on the line if we get anything wrong, but that is something that frustrates me.” 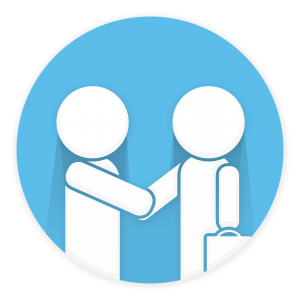 Jordon and I then chatted about good customer service, which Jordon agrees, “Is vital for any business. No matter what industry you work in, you’re going to have customers, either offline or online. I am a serial complainer, not to have a go, but to give feedback and show them where things have gone wrong. It helps the company going forward, and as a consumer, I’m usually compensated for it. If a company doesn’t have good customer service, they wouldn’t deal with these complaints and won’t grow as a company.”

With regard to which companies offer the best and worst service, Jordon says that, “You can usually tell which companies have a good customer service, as they are very successful. My two favourites are probably the biggest in the world – Disney and Apple.”

In Jordon’s opinion “There’s a reason why so many people flock to Walt Disney World each year (including me – I’ve been 12 times). The experience and customer service they give you at every point is perfect. And if something doesn’t go right, it is quickly resolved with non-fuss.”

He is equally as praising of Apple and says “It’s the same with Apple. I have owned an iPhone for 8 years now, and despite the growing price of them, I wouldn’t go back. Both Disney and Apple both charge a premium for their products, but good customer service turns some of their customers loyal, which will only be good for their business.”

Nosey as I am, I asked Jordon to spill the beans on the most interesting campaign he has ever taken part in and it was really interesting as it actually didn’t start off as a campaign – but turned into something much bigger than he thought. “In one January, I was working up in Sheffield and had to find a way to get back home to Essex. The easiest option of a train was £48 – and being the money saver that I am, decided that was far too expensive. After looking around at my options, a found a cheap flight leaving from East Midlands airport to Berlin, and then by chance, another cheap one from Berlin to Essex. After adding up the costings of buses and trains to and from each place, it was actually £8 cheaper and I could go to Germany for the day!”

Jordon went ahead and did the trip, and wrote a blog on it along with a video documenting it all. He didn’t really think much more of it, other than it being ‘One of my whacky ways to save money – but then much to my amazement, it went viral. I was in every newspaper and had calls from every TV show you could think of. Overnight I was thrust into being a consumer champion of high train fares and it started a whole campaign of reducing train prices. It was even debated on Question Time.” 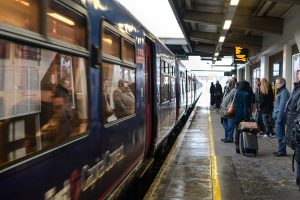 In 10 years time Jordon says “I’d love to make that my main career with a blog still going in the background. I’d still love to be doing everything that I’m doing now – hopefully in a position where I can pick and choose what I work on without worrying financially. I love interacting with people face to face, which is why I love public speaking and hosting as part of my job.”

As you know, my word for this year is inspired although I’m currently learning the word patience. When I asked about Jordon’s own inspirations, he said that there isn’t a specific person that he’s inspired by, but that he takes inspiration from “Everyone that I meet. No matter where I am, hearing people’s stories and what they have gone through in life fuels my fire even more and makes me a better person.” I loved hearing this! Such honest, genuine and heartfelt thoughts are exactly why I started this interview series. Hopefully you’re feeling as inspired as I am!

Last but not least, BREAKFAST and I was keen to find out what Jordon’s breakfast of choice would be “Without fail at the weekend, I’ll have a bacon and cheese bagel. Every morning. During the week, it’s usually a bacon sub from Subway (which is only £1.70 and very reasonably priced!)” How did I know there would have to be some diligent element of money saving involved!?

As for an ideal breakfast companion, apart from moi of course, Jordon would “Love to have breakfast with James Corden. I’d have a lot of questions to ask him, and am so impressed with his assent to being a US late night host.” Think I’d quite like that too. Maybe I could work on getting a show with a Lady Janey sofa? 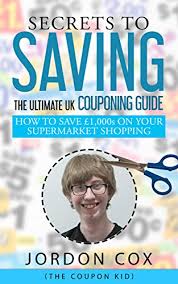 I hope you’ve enjoyed breakfast with Jordon as much as I have. What I find most striking is that he hasn’t once mentioned his own health in this interview even though it is something, which he has battled with for years rendering him even more inspirational in all that he has achieved. It’s been a real pleasure to chat to Jordon and it will undoubtedly take some doing for the next breakfast chat to top this one! If you’d like to pick up some of the best couponing tips then Jordon’s fabulous book Secrets to Saving is available to purchase on Amazon. He is also on Twitter and Facebook.

Latest news is that Jordon has taken the leap, left his job and started his own deals website! He’ll now be a full time blogger writing for himself ‘meaning you’ll see even more deals & blogs!’ Fab, can’t wait to read it!

Until next time everyone, cin cin! 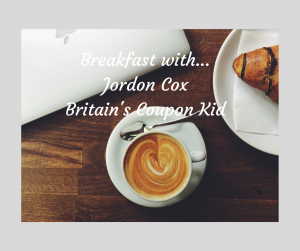