What a way to start the week! Direct from the West End where this production is in its record breaking 10th year, Thriller Live is an exhilarating journey through the decades celebrating the monumental 45-year history of the King of Pop himself, Michael Jackson.

The evening kicked off with a bang and within minutes the audience was clapping along to the best of Motown. It was the best of all things sixties and seventies with an abundance of gold, glitter sparkle and glitz and we were treated to a visual and audio explosion of light, sound and dance accompanied by the best of live bands. 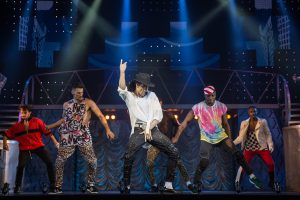 From soul and disco to pop and rock, each song beautifully captured the spirit, style and vibe of the changing eras and everyone was soon on their feet to ‘dance’ and ‘shout’ and ‘Shake your body down to the ground’. Energetic, vibrant and passionate performances were a more than fitting tribute to the power and talent of the man, the legend and the music, which was Michael Jackson. Iconic dance moves were brought to the stage with skill and precision and vocals from all the leads just blew me away, particularly Ina Seidou who was an absolute joy to watch and listen to. I also had a little soft spot for the smoothness of Trace Kennedy who can sing a duet and sidle up to me anytime he wishes! 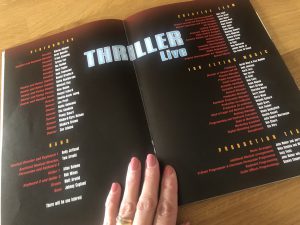 As we moved away from disco to explore the glory days of the biggest selling album of all time Thriller and the brilliant follow up album Bad, the hits just kept coming and the MJ’s had the Michael Jackson moves down to am absolute tee! It was a fabulous journey back in time to the 80’s with first class renditions of Billie Jean, Dirty Diana,Thriller itself and the trademark moonwalk which had me shimmying my way home! 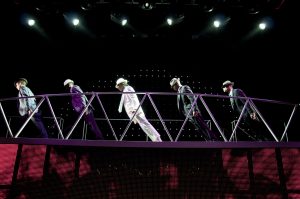 I’m not too sure if I buy into any of the narrative cheese, which accompanied the performance especially as we moved into the days of Man in the Mirror and Earth Song where Michael was said to be looking deeper into himself in a quest to make the world a better place. However, regardless of how you feel about him as a person and the credibility of his beliefs and actions, be under no illusions that the evidence speaks for itself. 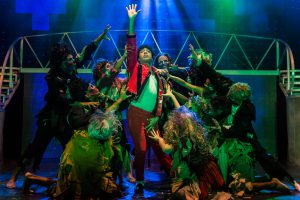 Michael Jackson is the most awarded Artist in the history of popular music with Thriller being the best selling album of all time. The finale saw the audience on their feet, singing along and calling for more. There is no greater testament to his status as the world’s greatest entertainer than his ability to still draw in crowds of all ages with his timeless classics. It was over 2 hours of fabulous music and there simply aren’t enough adjectives to describe it. Loved it! 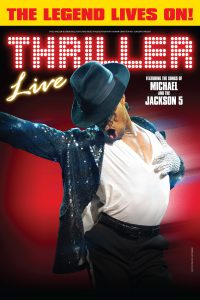