Inspired. That’s my word for this year and it’s a new theme, which will run across my January Saturday Spotlight Chats as I meet up with some inspirational individuals who provide invaluable services to others! What better way to kick things off than by chatting on the Lady Janey sofa with the incredibly inspiring Julie Kent, Vice Chair of the Pied Piper Appeal and all round Wonder Woman. 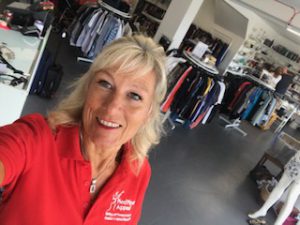 A whirlwind of vibrant energy, I don’t think that there’s anything that Julie Kent wouldn’t be able to turn her hand to. As well as being the Vice Chair of the Pied Piper Appeal, Julie is also Housemistress at Dean Close and an Ambassador for Malmaison and this is on top of supporting a number of charitable organisations in whatever way she can.

Julie and I chatted about how she first became involved in charity work. She explained that after the heartbreaking tragedy of losing her daughter Emily at the age of 3 to a brain tumour, she set out to try to ‘get something positive out of it’ if that was at all possible. As a result, The Emily Kent Charitable Trust was created to initially fundraise for anesthetic equipment for use in the MRI scanner at Bristol Royal Infirmary and then to raise money for equipment for children with cancer. Following a donation by the charity to The Pied Piper Appeal, the new oncology ward at Gloucester Royal Hospital was named after Emily along with the Day Care Unit at the new children’s hospital in Bristol. You can read more about Emily’s story and the charities Julie supports on her website by clicking this link. 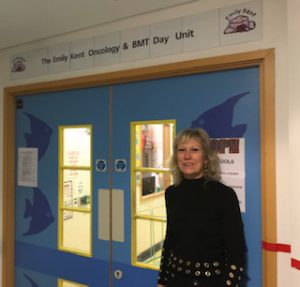 Later, Julie became a trustee for the Pied Piper appeal and today she holds the role of Vice Chair. These are not paid positions. Julie expressed concern about ‘The amount which actually ends up going to charities’ in other organisations. She does what she does for the love of what she does and that’s what makes her truly remarkable in many ways. For someone who would have the best reason in the world to be sad, Julie is far from it. She’s embraces life and lives it to the full because she is acutely aware of how precious and fragile life can be. Seize the moment!

As a result of her charitable work, Julie has been nominated as one of the Top 100 Women in the West and Most Outstanding Woman in the Charitable Sector of the West. Both accolades very well deserved! 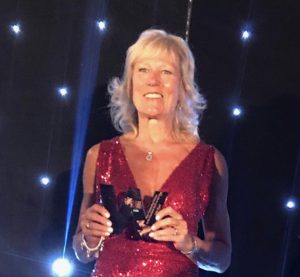 To relax, and after our conversation I’m still not convinced she ever does, Julie likes to spend time in the family’s house in Spain and make the most of the sunshine. She also enjoys cruises and cited Rome as being one of her favourite places to visit. In addition, Julie is a talented saxophone player and has a degree in Jazz and Light Music.

When I asked Julie about whether she had a bucket list for life, it soon became clear that there’s very little that she hasn’t tried already, most notably running the marathon for CLIC Sargent, but she did say that she ‘Would like to visit China’. I’m thinking of sending word ahead so that the country can brace itself for her arrival because no doubt it will be a rollercoaster of a trip! 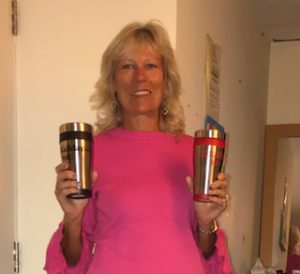 So there you have it, the first Saturday Spotlight of the New Year! Feeling inspired? I definitely am. What will your word be this year? Julie says hers is ‘ Exciting….. I always hope for exciting!!! If it isn’t I’ll make it so!’

It’s been so lovely to chat to Julie. Exciting is a fabulous word for the year! I can’t wait to hear yours. Make sure you leave them in the comments.

Until next week everyone! Cin cin!

I hope you’ve enjoyed this week’s Saturday Spotlight! Having a word for the year is a brilliant idea I picked up from fellow blogger Lesley from PlaceswithEd who in turn was inspired to come up with a word of her own by Life Coach Laura Duggal. There are more top tips from Laura in this blog post by Lesley if you’d like to take a look!