Merry Christmas everyone! I hope Santa brings everything on your list this year. Well no worries if not because nowadays it seems that regifting has become quite a ‘thing’. What do you think about it? Are you a regifter? Is regifting Christmas presents really that bad? 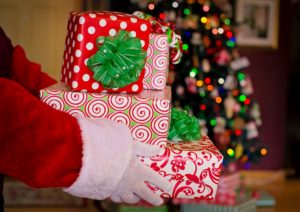 There are lots of arguments against regifting and I can’t help but agree with some of them. If someone has gone to the trouble and expense of buying a gift for you, thoughtful/appropriate or not, then surely it should be gratefully received rather than passing it on to someone else? Is it not the thought that counts at the end of the day? There are also a number of worthier alternatives such as donating unwanted gifts to good causes and with the number of homelessness and poverty on the increase, every little bit really does help.

However for many reasons maybe regifting isn’t that bad after all? A comment from a close family member who will remain nameless so I don’t land her in it was that regifting avoids a ‘Waste of a gift… it’s like recycling…everyone wins!’ I can also understand the reasoning behind selling unwanted gifts on to raise some cash or doing your bit in the war against waste by recycling gifts through regifting rather than them eventually ending up in landfill. There’s also the sad reality that for some families experiencing hardship, regifting or selling on unwanted presents may be the only way to get by and ensure there’s food on the table especially over Christmas. What are your thoughts? 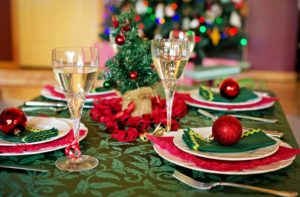 Here’s what some of my fellow bloggers had to say about regifting.

“If I’m ever given something that I know I won’t use, I can only regift if someone sprang to mind who would love it immediately (and never the person who it was from!) I would rather donate unwanted gifts to a school fete or charity shop where I know it would help a good cause. I would never be offended if anyone regifted anything I had bought them- as long as they didn’t regift it back to me!”

“Regifting is a brilliant solution for giving unwanted gifts a new loving home. It’s the Reduce, Reuse and Recycle of the festive season!”

“I think regifting is part of the recycling process. Reuse, reduce and recycle. I’m also a fan of money saving and making the pennies stretch and regifting helps with this.” 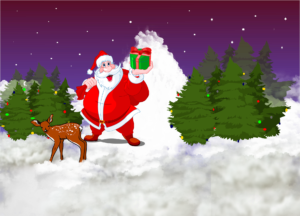 Kim John from Life can be Toff has also written this great post about re- gifting and has kindly included a poem which features in my NEW book Are You Being Served? It’s a fabulous anthology of poems inspired by the world of Customer Service with an even more fabulous foreword by the lovely Lorraine Kelly.

So there you have it, lots of reasons for and against regifting Christmas presents. I’ll leave you to make your own mind up as to whether it really is that bad. Let me know in the comments?

A Merry Christmas to you all! 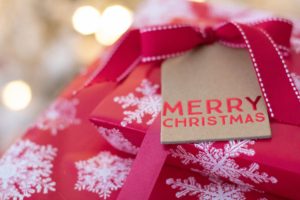 Do you ever take back presents

Or palm them off elsewhere?

And if you caused offence

Would you really care?

If it is a gift

Should you accept it if it’s pap

Does it matter if it’s a present

If it’s just another piece of tat?

There’s far too much waste in this world

We’re too quick to throw things out

It’s so easy to do

Of that there is no doubt.

Maybe we should stop buying gifts

As what have is quite enough.

The pile keeps getting bigger

Do we need all this stuff?

As long as you are careful

Just who you regift to

Then it shouldn’t really matter

That the gift’s not really new.

When you get a present

Make a note of who it’s from

So if you decide to pass it on