Fresh from its hit London run, the comedy Caroline’s Kitchen takes to the stage at The Everyman Theatre Cheltenham next week and I couldn’t be more excited! From the award winning Original Theatre Company, Caroline’s Kitchen, written by Torben Betts and directed by Alastair Whatley, focuses around Caroline Mortimer, the nation’s favourite TV cook who seemingly has it all – but does she? 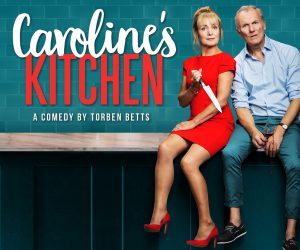 With the arrival of an unexpected guest, events in Caroline’s kitchen take an interesting turn as we see what happens when the camera switches off and the truth comes out- and that there’s more to spill than just the wine! As the drama in the kitchen unfolds, we learn how the oh so perfect life of the TV chef with successful career, a (golf) loving husband, bright children and the most fabulous of kitchens, isn’t maybe all it’s cracked up to be.

Originally entitled ‘Monogamy’ which is in itself a clue as to a core concept of the play, Caroline’s Kitchen explores the dynamics of age, class, politics- and marriage as Caroline’s public and private life spectacularly collide. 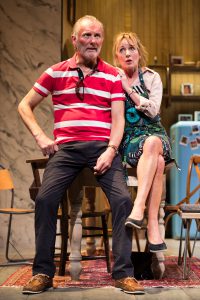 “It is an acerbic, often laugh out loud take on marriage, privilege and class and is well worth a ticket to see the ending alone.” Westend Wilma 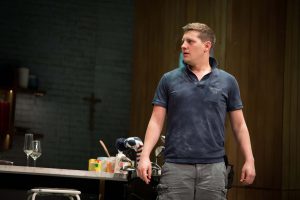 With a strong cast of Lovejoy’s Caroline Langrishe alongside Aden Gillett from House of Elliot and James Sutton of Emmerdale and Hollyoaks fame, this ‘heartfelt and funny’ comedy is set to be a fabulous production with lots of laughs- seemingly also when it’s no laughing matter!

Opening night is already SOLD OUT but panic not, tickets for other shows next week are available so make sure you head over to the website to secure yours now or pop in to the theatre!