Rural broadband, when is a service not a service?

I love where we live, I couldn’t imagine being anywhere else. Beautiful scenery, gorgeous walks, such a fabulous setting. But I guess there’s always a price to pay for everything. Breathtaking views and blissful tranquility we may have, but a decent broadband speed we most definitely do not and as it stands, the closest we’ll ever get to super fast fibre is if the open reach van happens to pass us on the lane.

The joys of country life!

We’ve been here over 10 years and when we first started out on our house hunting journey in 2007, we were still in the days of dial up. Nowadays while friends of ours in other locations regularly enjoy speeds of 50+, we’re still lucky to get to 1.2. #almostbetteroffwithdialup.

However, apparently faster broadband is on its way and soon even people in remote rural areas like ourselves will be able to bask in the fabulousness of high speed connections. Well, I say “soon” but that really depends on what your definition of “soon” actually is.

The government has been promising us faster broadband for years now but the date for this keeps getting pushed back further and further and although we recently spotted a surveyor on the lane, nothing has happened since. We’ve formed local campaign groups and we’ve lobbied our local MP, Mark Harper, but all we get are standard stock replies with same old excuses and fob offs. The last email I got was practically a cut and paste carbon copy of a reply to one of my neighbours despite my insistence that only a personal response would be acceptable. Since then, despite requesting to attend his surgeries, I am yet to receive an appointment and seem to have been forgotten about entirely.

In today’s world, this is just appalling, such audacity and arrogance and an absolutely blatant disregard for the opinion of the electorate. If all voting was to be done online, then MPs might be singing a different tune. We’re lucky to be able to log on at all, never mind stay online long enough to see a vote through. I’m almost blogless on a daily basis and even the simplest things are practically impossible with such a slow connection.

What also gets up a Lady Janey’s sensitive but very well powdered nose, is that we pay the same price for a broadband service with our paltry average 1.2 speed as others do for speeds which far exceed this. How is this fair? It’s like asking us all to pay the same for a hotel room but some are penthouses or sea view rooms and some are just a bed and a toilet!

So when is a service just not a service?

In my opinion, the provision of broadband we are currently offered is an insult and is far from being a service. Whereas some can download a film within minutes, for me it’s an impossibility or several hours of my life that I will never get back. Completing my online Sainsburys order is a frequent hit and miss and my husband and I cannot even download updates for our phone at the same time or things grind to a halt.

Nowadays the need for faster broadband is no longer a luxury, it’s an absolute basic commodity as our lives increasingly depend on internet access in an ever changing digital world. Being without this can cripple local businesses and restrict the ability of the everyday Joe Bloggs to access even the simplest of services which should be easily available to all.

It’s two years further down the line from when I first posted this and we are STILL waiting. We may be few in our numbers out here in the sticks but we are mighty in our fight. Enough is now enough, we need a service which is really a service. 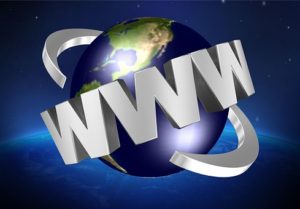 To my MP: Enough is Enough!

We’ve been here over ten years

There’s nowhere else we’d rather be

But in all the time we have been here

There’s one thing we’ve yet to see.

Life in the country may not be fast

But it’s better than our Internet speed

Even when cranked up to the max

When it comes to faster broadband

We’re concerned we will be missed

And in an email we got last year

An update is almost impossible

When you live with a service that’s crap

That’s hours I’ll never get back.

All we get are empty promises

And your standard business reply

Will you get on and do what you pledged?

So now we’ve had enough

We’ve done all that we can

The closest we get to fibre

Is when it passes us on the van!

If someone is unhappy with the service

Then they’ll look to tell many more.

I’ll be knocking upon your door.

But we will not be suppressed

If you don’t get our broadband sorted

I’ll be sending this to the Press!