Let the sun shine everyone, let the sun shine! ‘Rebellious, daring and defiant, scandalous, risqué and outrageous.’ The 50th anniversary production of the ‘ground breaking’ Hair The Musical is just about to hit the stage at The Everyman Theatre Cheltenham in style and I for one just cannot wait. 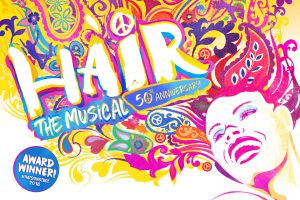 First produced on Broadway and the West End in 1968, the legendary rock musical Hair comes to Cheltenham this week direct from its sold out London run.

It’s 1967 and the ‘Age of Aquarius’ and a hippie ‘tribe’ of youngsters living a bohemian existence in New York City, are striving to change the world. Against the backdrop of the Vietnam War and with their hair being the symbol of flamboyant defiance, they are wild, colourful and free as they unite in protest and song. 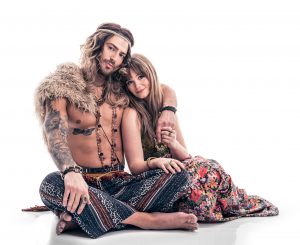 Hair features in its Grammy award winning score, some of the most loved songs of the 1960’s; Let the Sun Shine, I Got Life and Good Morning Sunshine along with the title hit single Aquarius. This might be a good few years before my time but I’m all set to dig out some flares from somewhere and cut some funky shapes on the dance floor. How about you?

Described as a musical, which ‘changed theatre for ever’ and ‘a revolution of theatre breaking taboos around nudity and drug-taking,’ the first performance of Hair has been said to mark the end of theatre censorship. 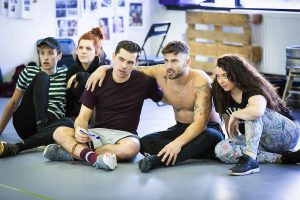 Times may have changed since the hippie ideology of the 1960’s but the message of Hair is more relevant than ever in a society where we find ourselves still fighting tooth and nail for what we believe is right and praying eternally for world peace, love and harmony.

What are you waiting for? Come and join the tribe this week at The Everyman by booking your tickets here and let’s relive the summer of love together. 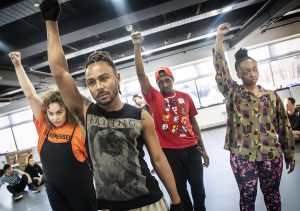