Christmas travel chaos is nothing new. We all love to regale our stories of roads so clogged it’s quicker to walk, delayed flights in airports that resemble an electrical superstore on Black Friday, and trains so bulging with passengers that standing room against the toilet wall is considered a lucky blessing. And in the year that none of us could have ever imagined or indeed ever forget, this may just be the one that trumps them all. So if you’re confused about what can and cannot be done, lets take a look at the current situation and what is happening.

Saturday saw the announcement of tighter regulations with a new strain of the virus. London and the South East were placed in Tier 4. The rest of the country is largely in tiers 2 and 3 with a small number remaining in tier 1, and tougher restrictions have been announced in Wales and Scotland. These new restrictions have bought about their own problems but now countries around the world are gradually shutting their borders to the UK in response to this strain.

People are being encourage to stay local at Christmas and avoid long journeys by car. The 25th is the only day that families and bubbles are permitted to meet in England. If you do not live in a Tier 4 area, you may see a maximum of two other households as a bubble on Christmas Day but you are not permitted to see anyone from a Tier 4 area. If you live in a Tier 4 area, there is no relaxation of the restrictions for Christmas. If you do decide to travel either side of the 25th December, then key routes could still be congested due to the one day window. 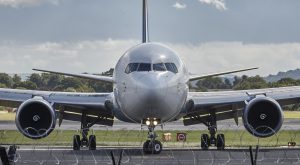 If you live in Tier 4, government advice is not to leave your area. If you had flights booked for a Christmas getaway, unfortunately you cannot travel. It seems there are varying approaches on how airlines and tour operators are dealing with customers who can no longer travel through no fault of their own and it is advisable to contact them directly. TUI have chivalrously announced that all package holiday customers in tier 4 can get a full refund or rebook. Other airlines like BA, Virgin, Ryanair and Wizz are stating that refunds will only be issued if the flight is cancelled and if passengers cannot travel due to tier rules they can defer plans or receive a voucher. It should be noted that vouchers do come with restrictions and many travellers are frustrated by the amount of vouchers that they’ve built up over time without the opportunity it to use them.

For many this will seem extremely unfair, but there is help at hand from the Competitions and Markets Authority who are questioning these rules under a ‘frustration of contract’ whereby the contract of purchase between a consumer and service provider cannot be fulfilled. Keep an eye out on this as it may take a particular case study to get the ball rolling.

But when it comes to flights, there’s a whole new monster raging onto the scene and it comes in the form of International border controls. Countries around the world are reacting and taking drastic action to protect their citizens from the spread of the new strain, by banning all flights from the UK and shutting their borders. By time of publication, who knows what this list will look like, but it is growing with gusto and spreading faster than butter on bread. What you do need to know is that if your flight is cancelled, under EU regulations you are due a full refund within 7 days. Over 200 flights were cancelled today and airlines are taking out empty planes to bring British passengers back to the UK. 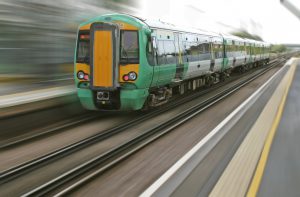 Before the rule changes were announced on Saturday, train tickets were at a premium with seats selling at eye-watering prices. Trains are still running and travel is permitted for essential reason such as work or childcare even in tiers 3 and 4. If you find you cannot travel, the government has stepped in and Transport Secretary Grant Schapps has announced that refunds will be issued, even on non refundable tickets, for those who booked journeys between the 23rd– 27th December which was the original Christmas travel window. If you wish to rebook your journey, all admin fees have also been removed.

International train travel has also been suspended after France, Netherlands and Belgium closed their borders to the UK on 20th December. There are a limited number of services between Paris and London but only in this direction. The same can be said Of Euro Tunnel, where services will only run in the northerly direction from Calais to Folkstone. This border ban is to be reviewed on the 23rd December, but even if the rules are relaxed (which seems unlikely) remember to abide by the travel restrictions for the tier you reside under.

So with a rapidly changing situation, advice is to stay put. Gorging on dry turkey and soggy sprouts at home may seem like a shoddy alternative, but it seems a more attractive than delving straight into the bubbling pot of travel chaos. If you have bookings, speak with your operator – the bottom line is you should not be out of pocket. Should your travel plans be scuppered during these unprecedented times be reassured that refunds, or at best vouchers, are the likely outcome. 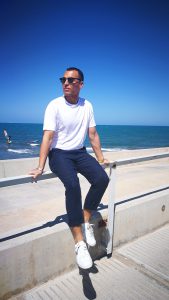 Wherever you are and whatever you do, we both wish you a very safe and happy Christmas and all the very best for a much better 2021.