Grenfell Tower- Will we ever hear the truth and get justice for Grenfell?

On the 14th June 2017, just before 1am, a fire broke out in the kitchen of a 4th floor flat at the 24-storey Grenfell Tower block in North Kensington. 72 people died, countless others were injured and all of the residents lost their homes. Unbelievably, it’s well over two years on and yet still no one has been held accountable. The first phase of the public inquiry due out tomorrow reports on the response of the London Fire Brigade which has been described as ‘gravely inadequate.’ Is this fair? Will we ever hear the truth and get justice for Grenfell? 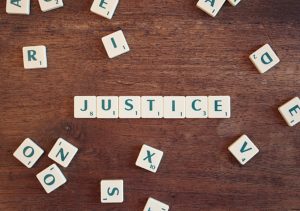 As the saying goes, there is no smoke without fire and if something is avoidable, then someone must be to blame. With this list of alleged safety failures to consider, bringing those responsible to justice will be no mean feat as there was clearly more than one person holding that match. To date, the Grenfell Tower Inquiry has provided no real answers whatsoever. The inquiry’s first report only takes a look at the events of the events of the night such as how the fire started and how it spread. Questions about building regulations and the role of the local authorities are yet to be answered.

In the report due to be published tomorrow, the London Fire Brigade has been criticised for its handling of the Grenfell Tower fire through a series of ‘systematic failures’ and ‘serious shortcomings.’ What seems to be forgotten in this is that there wouldn’t have been any need to questions its handling of the tragedy if the building hadn’t been covered in combustible cladding, which failed to pass regulations! That’s the real crime here and the blame should firmly lie with those responsible, not with any actions taken by the London Fire Brigade.

At the time of the fire the following information came to light:

More than two years on, some households displaced by the fire are still in temporary accommodation and 1618 adults have been treated for mental health issues relating to the tragedy. Fire Brigades Union say that ‘Countless homes are still wrapped in flammable materials, while warnings from tenants about risks to their safety are being ignored.’  Fire and rescue services are, in the face of continued cuts, unable to prepare for a similar incident.’ Currently 354 buildings are still covered in combustible cladding and 176 high-rise buildings in London still have not removed the Grenfell style cladding.

One of the above alone is disgraceful, but compounded together as one big truth then this is a disaster that is nothing less than a series of epic failures resulting in a tragedy which should never have been allowed to happen. If you are contracted to do a job or provide a service, then do it properly, with the correct materials and appropriate due care and attention and above all, make sure safety is at the top of the agenda. Cutting corners costs lives and it’s about time companies realised this and made essential changes to their practices to avoid anything like the heartbreaking events at Grenfell Tower ever happening again.

In the same vein, if you are elected to serve your community, then you need to be prepared to listen and act in the best interests of everyone in that community, no matter who they are or where they live. The frequent legitimate concerns and warnings about the safety of the tower block by the Grenfell Action Group were repeatedly dismissed by the KCMTO. This was completely inexcusable behaviour from those who were responsible with the welfare of so many and who let them down so badly in the very worst way possible. The fact that after 100 days of hearings, that no conclusion has been reached in the Inquiry, the government has failed all those who were affected on June 14th 2017. 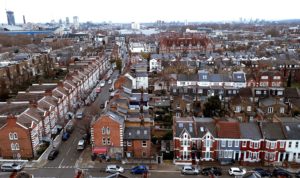 The CEO of Rydon Construction Ltd, Robert Bond, claimed that the renovation met “all required building regulations, as well as fire regulations and health and safety standards” and that the architect, local council and building control all approved the work. The problem is that with so many different parties involved, finding and bringing those responsible to justice could be nigh on impossible with the likelihood that all will pass the buck as far and as much as they can.

However, for the sake of the people who needlessly lost their lives and the families whose lives have been destroyed forever as a result, we need to stop defending the indefensible, challenge all these parties, fight for justice and finally hear the truth.

On the second anniversary of the tragedy, the Palace of Westminster was illuminated green in remembrance of those who lost their lives and those who were affected by the Grenfell Tower fire. Private wreaths were also laid at the tower and a memorial service took place at the local St Helen’s Church but how many more anniversaries will we see before we finally learn the truth and get justice for Grenfell? 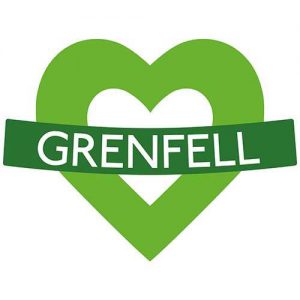 All views and opinions are my own. My thoughts remain with all those affected in this senseless tragedy.