From Hero to Zero: Has Sonos made a fatal consumer error?

The recent announcement from Sonos that it intended to stop software updates for some of its products was greeted with a furious backlash on social media with loyal customers demanding a #SonosBoycott. For years, Sonos has been a popular leader in sound systems but its reputation is now in tatters and any backtracking seems futile. Was Sonos’ decision a fatal consumer error? Is there any coming back from this? 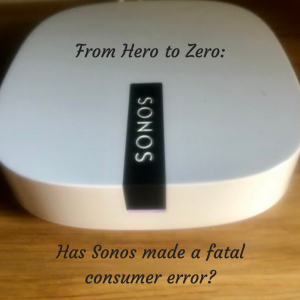 Last week customers received an email from Sonos stating that, after May, some of its products would be “classified as legacy and no longer receive software updates and new features”. According to Sonos, “Legacy products were introduced between 2005 and 2011 and, given the age of the technology, do not have enough memory or processing power to sustain future innovation.” Apparently because “Sonos is a system, all products operate on the same software. If modern products remain connected to legacy products after May, they also will not receive software updates and new features.” Although affected devices would continue to work thereafter, the problem is that without the software updates, they would in time become unusable and destined only for landfill.

To add insult to injury, Sonos in their infinite wisdom decided to soften the blow and give customers the option of upgrading any affected models with 30% off the cost of replacements. Sadly this only served to fan the flames further with customers opting to turn their back on Sonos and source alternatives instead. The Sonos products are by no means cheap and many customers have invested thousands building their sound systems over the years. To make matters even worse, if customers do take the 30% discount then Sonos will send an irreversible software update to their old unit(s), which initiates a countdown. After which they will cease to work and therefore are likely to be thrown away. In a time of increasingly environmental awareness, this will have a significant impact in the sheer volume of electrical waste generated.

Interestingly shares of the company were down 1.2 per cent at $US14.62 in early trading on Wednesday, US time and Sonos’ rating on Trust Pilot has plummeted from 5 to 1.5! This begs the question, what on earth were the powers that be thinking? Did they really think that customers would just accept that their current devices would be bricked and happily pay goodness knows how much for new units to replace those which had plenty of life left in them? I mean, seriously? 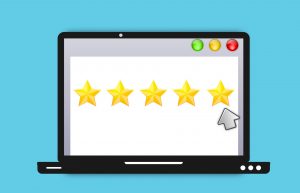 Following what can only be described as the ultimate consumer revolt, the CEO Patrick Spence send out this email with a personal apology to Sonos customers in the hope that they can forgive their ‘misstep’. Unfortunately sorry just does not cut it for a faux pas on this scale. The voices of the consumer may have been heard loud and clear but his words have fallen firmly on deaf ears.

It’s not so much what they did but how they did it. This compounded with the lack of notice given makes Sonos’ decision even more difficult to comprehend. EOL (End of life) notifications are usually a minimum of 12 months for obvious reasons.

I have reached out to CEO Patrick Spence for his comments on this issue but no response as yet. I suspect this could be damage limitation but from what I can see, the damage is already done, is irreparable and there will be no way back from this for Sonos. Hero to zero? Yes definitely, this is potentially not just a fatal consumer error but a catastrophic one.