Fair tipping in Restaurants- Who should get the tips and why?

Workers at TGI Friday’s begin strike action this week following the announcement of the restaurant chain that 40% of tips should go to the kitchen teams. According to waitress Laura Townsend, who took part in the demonstration last Saturday for better pay for workers and has been pressing for improved wages for restaurant staff, this change would mean a yearly loss of £3000 for servers. Why is this unfair? Who should get the tips and why?

Tips and service charges have for a long time being hotly debated topics. However how they are distributed is often a closely guarded secret and in some cases, these extra payments do not go where they should. Last year The Ivy Collection chain was featured in The Guardian when it was accused of taking the majority of the service charges which meant that restaurant and kitchen staff did not get their fair share. It has to be said that the allegation made by the Unite union was strongly refuted but by using the service charge to essentially boost managers’ wages rather than ensuring it is distributed fairly to all staff, means the group could have been saving thousands of pounds a year. At the time, the Unite union estimated that service staff could have been missing out on more than ½ of the service charge. As customers, we are inclined to pay service charges without question but when do we really question who benefits from it? 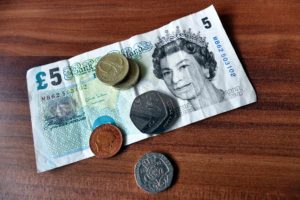 In a review of tipping practices in 2016, the conclusion of a government report was that tips should go to workers but there is currently still no legal requirement for any of the optional extra payments to be paid to employees. The problem is that if a service charge is paid by credit card then in essence it is paid directly to the employer and until there is stricter control over how it is shared out then employers will continue to benefit the most. If companies want a way to reward staff then surely a fairer pay deal for all workers both front and back of house would be preferable to simply creaming off their tips or using the service charge to top up wages.

However, with the announcement of strike action by workers at TGI Friday’s where servers claim they could lose up to £250 per month, something new has been thrown into the mix. Is it really just the waiting on staff that should benefit or should we be thinking about the bigger picture in relation to how we evaluate our overall customer service experience? 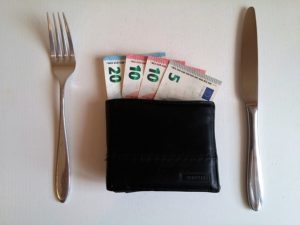 For example, when you are in a restaurant, what has the biggest impact on your enjoyment of the meal? How it is served? The quality of what is served? The speed at which it is served? Surely it is a team effort and therefore the efforts of the whole team should be recognised in any tips given? With the most customer contact, the waiting staff may be the face of the restaurant and bring your meal to the table but the work completed behind the scenes is just as important. A wheel needs more than one cog to spin successfully and all cogs work together to achieve a common goal- customer satisfaction.

If tips are shared equally among all staff, then is this really so unfair? Undoubtedly the real issue here is not who gets the tips but why as they are mainly used by management to top up wages and save money. Better and fairer pay for workers in this industry is long overdue and it’s time for the government to step in and introduce more robust legislation.