Customer Service Surveys- Are they worth it?

General post-purchase Customer Service questionnaires and surveys are a common way of collating feedback from customer experiences but ratings can be random. One person’s 9/10 may be someone else’s 6/10. Psychologically, few will assign a top rating to a product or service and if someone is unhappy with the service then the lowest rating may be assigned and this may not reflect the reality. People are generally more inclined to complete a survey for a very good or a very bad experience rather than a typical experience. 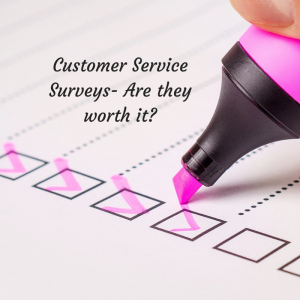 For the above reasons, these surveys do not necessarily give an accurate overview of the entire spectrum of customers and their opinions. Tick box forms require minimal thought or attention and generic questions mean that little data of substance can be collated. Any incentives offered to fill in surveys can result in a higher response rate but this does not necessarily mean that the information is of any greater value. In fact the results could be more inaccurate than ever with customers naturally being more interested in taking advantage of the incentive rather than considering carefully their responses.

As for online review platforms, although steps have been taken to detect fake reviews and identify those companies, which try to suppress complaints and cheat the system, a lot of skepticism still remains as to the legitimacy of reviews posted. Despite working towards resolving such issues, Trust Pilot was recently referred to as ‘Trustlesspilot’ with an increasing number of customers losing faith in the validity of reviews posted with negative reviews not being addressed in the way they should be by companies concerned. To add to such suspicions, energy company Outfoxthemarket, which has been received widespread open criticism for the customer service it provides, has been accused of offering customers a cash incentive to complete positive reviews. 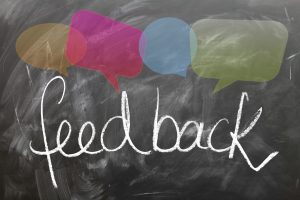 How many times do companies actually respond to a poor survey result and address the issues in questions for that customer so that any repeat experiences can be avoided? Questionnaires to ascertain levels of service may well be quick, easy and cheap but are they effective?

Essentially it seems that feedback forms are only worth completing if there is confidence that the company in question will act upon it and use the feedback in the way it should be used; to improve quality of service provision. Writing reviews and filling in questionnaires for products and services where companies continually score the lowest ratings, is seemingly time consuming and pointless, especially if negative feedback is buried by the companies in question. 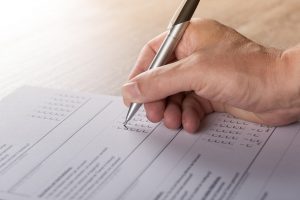 UK Money Blogger Sara Williams from Debt Camel makes a very interesting point about one of the potential benefits of Trust Pilot reviews.

“I help people make complaints against payday lenders. The process can be long if it has to go to the Financial Ombudsman and some lenders make it even longer by not replying to decisions made by the Ombudsman in the time the Ombudsman says this should take.

Where one of these firms that is dragging its feet has a very good Trust Pilot rating, I suggest that the customer should leave a poor 1 star review, saying that the firm is not replying to Ombudsman decisions within the correct time. This often kicks them into action and they accept the Ombudsman’s decision to refund the customer within a day or even a few hours!”

And as for whether other UK Money Bloggers rate Customer Service Surveys or not, here’s what they had to say.

“Well! You’d think I would wouldn’t you?! I always used to but now time poor I tend to do if really poor or really bad or perhaps if there is an incentive. Also if given in store to do at home then I can’t be bothered unless really one way or the other. If I can do it in store at the time I am more likely to do it. I met with Tesco comms people this week and …….. I asked if they actually got many and they said they did, but said if they only get 1% return the amount of customers they have that’s still a huge amount!”

Helen from The Complaining Cow

“I don’t tend to fill them in. I’m available for paid market research when companies want my opinion on things…..  Lots of these email/online surveys says ‘you won’t hear back but we will use your feedback to improve our service to you’. I don’t agree with that one-sided feedback channel.”

Twon from The Reverend

“I only ever fill them in if service has been extremely good or particularly bad. I just don’t think it’s worth the time when the experience has been as you would expect it to be. I know sometimes the surveys are incentivised (be entered into a draw to win a £100 voucher!) but often they are so long I end up giving up!”

Fiona from Savvy in Somerset

“Typically, I only rate and write detailed reviews in two cases – either when I get exceptionally good service, or if I get exceptionally bad service. Alternatively, instead of filling a mile-long survey, I sometimes write comments (either good or bad) on Twitter, and tag the company – it feels like many companies take THOSE comments (which are public) much more seriously than anonymous customer surveys.”

Or from Savvy Londoner

“I do but only usually if I have had a bad experience or the customer service was amazing to be honest. I don’t believe they read ALL of the feedback forms at all. I certainly wouldn’t do it just to be entered in to a draw as I have never known anyone to win anything from these types of feedback intensives. Also if they are very long I instantly click off them.”

“For me it really depends on the circumstances. Usually I only fill them in if I’ve had really good service and want to highlight a member of staffs efforts. If the service is shocking I’ll either complain via the complaints process or just never return! The one occasion I do find myself always completing feedback forms tends to be on the flight back from a holiday – mainly due to plane boredom I think!”

Simon from Peggies from The Piggybank

“I fill them in, but only if I get something back. Tesco give you Clubcard points if you fill in their survey and quite a few fast food chains give you discounts off your next purchase. Apart from that, I never bother.”

“To be honest I rarely fill them out. I buy so many items online these days that I am bombarded with these sorts of surveys and I simply don’t have the free time to fill every single one out……If service is just standard then I feel it’s a waste of my time. Although, if a company is local or indie then I am more inclined to help them by filling out to express my satisfaction over doing it for a large/mainstream company.”

“I usually don’t get to fill them out because I buy the items long in advance, and usually for gifts. So I don’t get to see the product in use for some time. I do fill out a few that offer something (points or money) though.”

“I rarely fill them in just because I always think my time is better spent elsewhere. If there is an incentive such as a prize drawer I may sometimes be persuaded!”

Michelle from Time and Pence

“I do if it is relating to service I’ve received on the phone, mainly because a lovely helpful lady at Sky said that if I was happy with the way she handled the call, can I give her good scores in the survey as they are rewarded with pizza. Not sure if its true but I always do this. If something is wrong I email customer services, I don’t fill out the generic surveys as there is too many.”

Tracy from Mind over Money Matters

On the other side of the counter, it was interesting to hear the following when I asked whether feedback given actually makes a difference.

“Genuinely, I coach my team based on the surveys people respond to and it’s a big deal and my team love getting the positive responses.

Cass from The Diary of a Frugal Family

“I’ve argued against them at work continually as I don’t feel they give any meaningful data. If one of my guys has to tell someone no, in line with the Insolvency Act just doing their job, 9 times out of 10 they will get a **** score. It tells me nothing! Not only that, when you’re making several calls to a company over various things it’s just overkill to ask every singly time.”

So there you have it but what’s your verdict? Customer Service Surveys- Are they worth it?