A change in the law in September 2018 regarding cold calling means companies can be held to account for their actions and fined up to £500,000. People now need to opt in to receive PPI and personal injury calls and hopefully this is just the start of a roll out of further changes in the law. Cold calling is an issue which has always made my blood boil, how about you?

Cold calling isn’t illegal but it should be. At the very least, it is disruptive and annoying but in some cases it can have serious consequences. Companies should be stopped from trading with such dishonest and shocking practices. 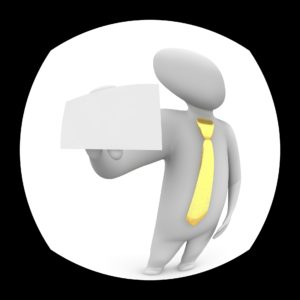 Grandad rang my mum one day worried sick saying he thought he had made “a big mistake.” It turned out that someone had called at the door and more or less refused to move. In the end, Grandad was so worn down that he ended up paying a deposit of £100 towards a bed just to get rid of the salesman. Not surprisingly, his deposit was never seen again but luckily mum was able to track down the company via a form they left and wrote to them insisting the order was cancelled. This was by no means an easy feat in the days pre- internet and email but she managed it and didn’t hear from them again. Probably because they realised that getting the rest of the money would not be as easy.

What really saddens me about cases like this is that often those targeted are vulnerable, elderly people. Don’t get me wrong, my Grandad was no fool. In fact he was a very intelligent man with all marbles securely in place. The people who operate this type of operations are just experts in their field and prey on what they see as easy targets. Even the savviest of us would be hard pressed to hold our ground with hard sales marketing.

Fortunately, in Grandad’s case, he was able to ring mum so she could help him but firstly some people don’t have anyone they can turn to and if they do, they might not feel they can tell their nearest and dearest about such a purchase especially if it is a pricey one.

Register with the telephone preference service

Display a clear sign stating that cold callers are not welcome

Do not answer the door or telephone unless you know the caller.

Tell someone straight away if you think you have been cold called.

I strongly believe that we need to continue to fight for legislation to stop cold calling as banning this and introducing stricter sanctions could stop innocent people falling prey to unscrupulous companies and losing life savings or pensions. No reputable company would ever cold call someone.

It might take some time and a great deal of work, but in Grandad’s memory and for all those people who need others to protect them, I am determined to raise awareness of this issue and really hope that the legislation introduced to date will be the beginning of the end for cold calling. 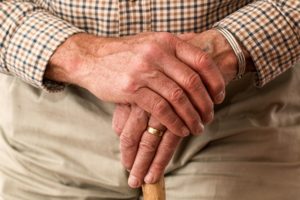 Than someone calling at your door

When you don’t know what they’re looking for

Or what they have in store.

But when you’re old and frail

If you’re vulnerable or alone

That you’re unsafe in your home.

The companies that do this

Are looking for easy prey

And don’t care what they have to do

To get their deals that day.

Once they get inside your house

They’ll sit and talk for hours

And slowly grind you down

Just to see them go

Pick up the telephone

And tell someone you know.

Bullies must be challenged

And firmly shown the door

Don’t let them have a penny

Because they’ll be back for more.

So let’s fight this fight together

And put an end to all cold calls.

Put the spotlight on rogue traders

And name and shame them all.”