No new clothes for a month for Oxfam’s Second-Hand September. Easy, I’ve so got this, or have I? Not that I spend silly money on clothes as you’d maybe expect except for last month when His Lordship insisted I treat myself in John Lewis & Partners but I do like the odd splurge or two- especially in a birthday month. Aaaaagh! Here goes!

What is Second-Hand September?

#SecondHandSeptember is a campaign run by the charity Oxfam to raise awareness of the impact of fast fashion where people are being asked to take a 30-day pledge not to buy new clothes and buy second hand instead.  Here are 10 reasons why I’ve signed up. Can you think of any more?

Every week 11 million items of clothes end up in landfill with apparently 57% of new clothes ending up in the bin. This is putting increasing pressure on our planet and its people and we only really have an infinite amount of space to work with so it will run out eventually.

It will be nice to buy what I like for a change rather than just going with the current fashion in a department store window.

This campaign will make me think more carefully about the amount of clothes I already have and do I really need anymore?

It’s a whole new set of shops to explore and an excuse to pop into town for a few hours of Lady J time.

I love a good bargain and there’s no doubt many to be had in the charity shops.

Since becoming a trustee for Cheltenham Open Door, a charity which supports the homeless and vulnerable, I’ve become acutely aware of the fact that there are many who have very little so I want to actively avoid being wasteful.

It makes you think about where your clothes come from and the working conditions for those involved in making them.

It will inspire me to complete my wardrobe clearout and finally write the guest post about it for ThriftyMumma.

I can save a few pounds and spend it on wine instead. Every cloud etc etc.

How can I take part?

On a much more serious note, I know not going to single handedly save the planet by taking part in this brilliant #SecondHandSeptember campaign but I do hope I can help to raise awareness of the ridiculous amount of waste we are creating by supporting Oxfam. Hope you will too! You can pledge to join the campaign using this link here. Let’s do this! 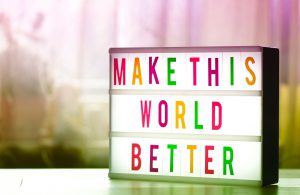